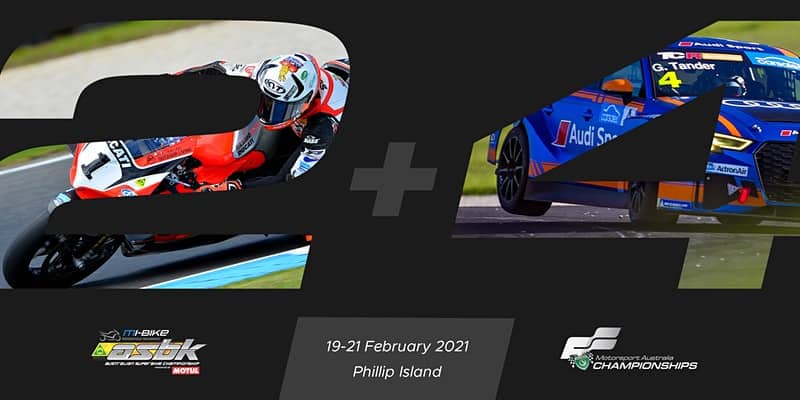 The motorsport world is getting ready to kick into gear, with the opening event on the Australian calendar set for later this month at the Boost Mobile Race Tasmania at Symmons Plains and Baskerville.

But for those staying on the main land, tickets are now on sale for the return of the ‘2X4’ race concept made popular in the 1990s.

For the first time in many years, the very best of Australian four-wheeled motorsport will combine with the Australian Superbike Championship around the world-famous Phillip Island venue on February 19-21.

CLICK HERE for tickets to the Shannons Motorsport Australia Championships at Phillip Island in February.